Tag Archive for: Art of Appreciation

Living In Gratitude: 9 Rules To Live By

These “rules” are ones most of us need to be gently reminded of once in awhile.

LET IT GO
Make peace with your past so it doesn’t affect your present. The only day you can change is today.

GIVE IT TIME
Time heals and reveals. Allow yourself space and grace to grieve, hurt, and discover the silver lining.

END_OF_DOCUMENT_TOKEN_TO_BE_REPLACED

in Living In Gratitude / by Carol Adamski
September 10, 2016
Tweet

Nature holds the key to our aesthetic, intellectual, cognitive and even spiritual satisfaction. ~E. O. Wilson

“People have been discussing their profound experiences in nature for the last several hundred years—from Thoreau to John Muir to many other writers,” says University of Utah researcher David Strayer. “Now we are seeing changes in the brain and changes in the body that suggest we are physically and mentally more healthy when we are interacting with nature.” 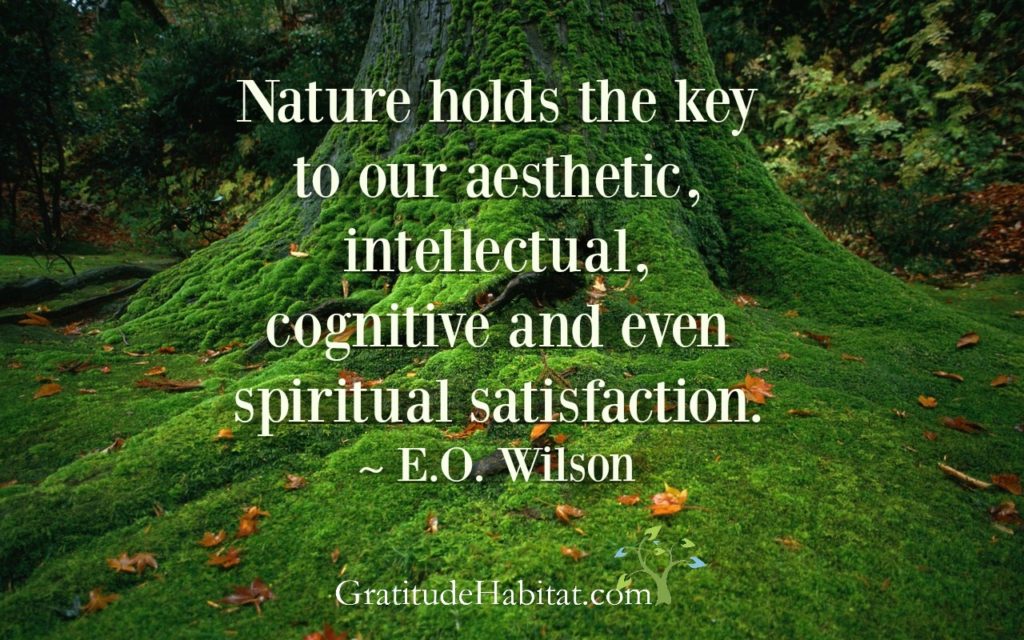 While Strayer and other scientists firmly believe experiencing the flora and fauna of our world benefits our wellbeing, people of all ages tend to spend a substantial amount of time indoors and online. The research on how nature improves our brains calls for spending more time outdoors to increase our health, happiness and creativity.

Below are 5 ways we benefit from being in nature.

Studies have shown that people tend to unwind and relax more when they are outside in a natural environment VS an urban one. This holds true whether they are in a forest or city greenspace. These people showed lower heart rates, better moods and less anxiety than those who were exposed to a purely urban environment. Scientists believe that humans are wired to be more relaxed and soothed in natural spaces and our bodies and minds behave positively in these natural environments.

A study conducted by Stanford University researcher, Gregory Bratman, showed that the emotional state and cognitive abilities of participants who took a walk in a natural setting were dramatically better than those who walked in an urban area. They reported feeling more positive and less apprehensive, ruminated less and performed better on short-term memory tasks than did the urban walkers.  END_OF_DOCUMENT_TOKEN_TO_BE_REPLACED

No one is born hating another person because of the color of his skin or his background or his religion. People learn to hate, and if they learn to hate, they can be taught to love, for love comes more naturally to the human heart than its opposite. ~Nelson Mandela

Wouldn’t the world be a better place if we all accepted ourselves and others exactly as we are?

Wouldn’t the world be a better place if we lived from a place of love and acceptance, grateful for the wondrous diversity the world has to offer?

It’s okay that we are all different, that we have unique opinions and distinct beliefs.

Consider how bland life would be if everything was the same. If there was only one kind of tree, one type of flower, one landscape, one food, one aroma, one song, one book. END_OF_DOCUMENT_TOKEN_TO_BE_REPLACED

Living In Gratitude: 4 Things That Make Us Happier

in Living In Gratitude / by Carol Adamski
January 16, 2016
Tweet

Neuroscience has proven that gratitude makes us happier, affecting our brain at a biological level.

The benefits of gratitude start with the dopamine system, because feeling grateful activates the brain stem region that produces dopamine, the chemical that makes us feel happy.

Another powerful effect of gratitude is that it can boost serotonin, which helps maintain the balance of moods as well as contributing to wellbeing and happiness. Thinking of things for which we are grateful  forces us to focus on the positive aspects of life. This simple act increases serotonin production in the brain.

It’s not finding gratitude that matters most; it’s remembering to look in the first place. END_OF_DOCUMENT_TOKEN_TO_BE_REPLACED

Living In Gratitude: Before Your Speak…THINK

in Living In Gratitude / by Carol Adamski
October 10, 2015
Tweet

This T.H.I.N.K concept is a gentle reminder to consider what we say before we say it. It allows us to communicate from a place of thoughtfulness and consideration. By employing the T.H.I.N.K. process, our messages come across more clearly and are better received and as such, our relationships benefit. It allows us to be aware of how emotions play a part in our communication.

I have a friend who always uses this theory, especially in tough situations. It doesn’t mean she can’t communicate her feelings and needs but it enables her to do so in a way that doesn’t inflame the situation while getting her message across in a gentle, kind, yet firm manner with everyone in her life. This is one of the things I greatly admire, appreciate and respect about her.

How we say things as well as what we say play huge roles in our ability to communicate. Keeping in mind the T.H.I.N.K. theory to help guide us as we speak with friends, family, coworkers, managers, strangers, children, telemarketers and everyone we encounter on a daily basis.

Is our message fact or is it an exaggeration coming from a place of frustration, irritation or anger? If what we want to say is indeed true, move to the next step. END_OF_DOCUMENT_TOKEN_TO_BE_REPLACED

in Living In Gratitude / by Carol Adamski
September 5, 2015
Tweet

On August 29, 2015, the world lost an amazing person when Dr. Wayne Dyer passed away. His positive outlook about life during good times and bad from a young age led to him being one of the world’s personal development and self-empowerment pioneers. He had and will continue to have a profound impact on the lives of many.  END_OF_DOCUMENT_TOKEN_TO_BE_REPLACED

Iroquois Prayer of Thanks

We return thanks to our mother, the earth,

We return thanks to the rivers and streams,

which supply us with water. END_OF_DOCUMENT_TOKEN_TO_BE_REPLACED

Living In Gratitude: Expect Nothing

Expect nothing and appreciate everything.

Expectations can leave us feeling hollow and disappointed. These assumptions are often ones we place upon others as well as ourselves and when they aren’t met, we tend to reflect negatively. END_OF_DOCUMENT_TOKEN_TO_BE_REPLACED

Living In Gratitude: The Letter T

in Living In Gratitude / by Carol Adamski
December 13, 2014
Tweet

Name something that you are grateful for that begins with the letter T.

Off the top of your head, how many things can you list that you appreciate that start with the letter T? Think outside the box!

Living In Gratitude: A Positive Life

“You can’t live a positive life with a negative mind.”

Is the glass half-empty or half-full? Our response to this age-old question about positive thinking reflects our outlook and attitude toward life.

Positive thinking doesn’t mean our head is buried in the sand while we ignore unpleasant situations. Positive thinking simply means that we approach life’s challenges in a more positive and productive way. We believe the best is going to happen rather than the worst. END_OF_DOCUMENT_TOKEN_TO_BE_REPLACED 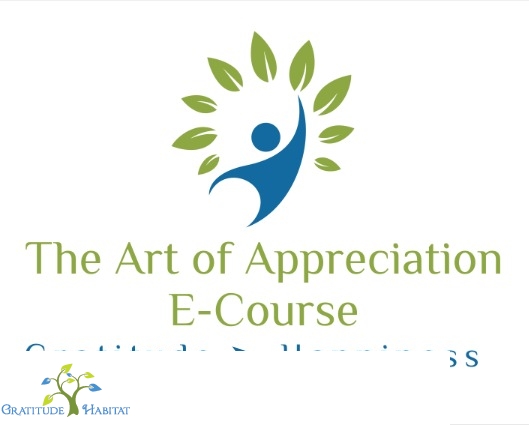